Something that's really annoying about information you might find around the web, is it's not exactly accurate. This means you can find yourself thinking a food is good for blood sugar levels and diabetes, when it's actually not.

Take buckwheat for diabetes as an example.

Recently one of our readers said: “Research has shown buckwheat can help lower blood sugar” – this is not exactly true.

So let's delve a little deeper to learn more about buckwheat. 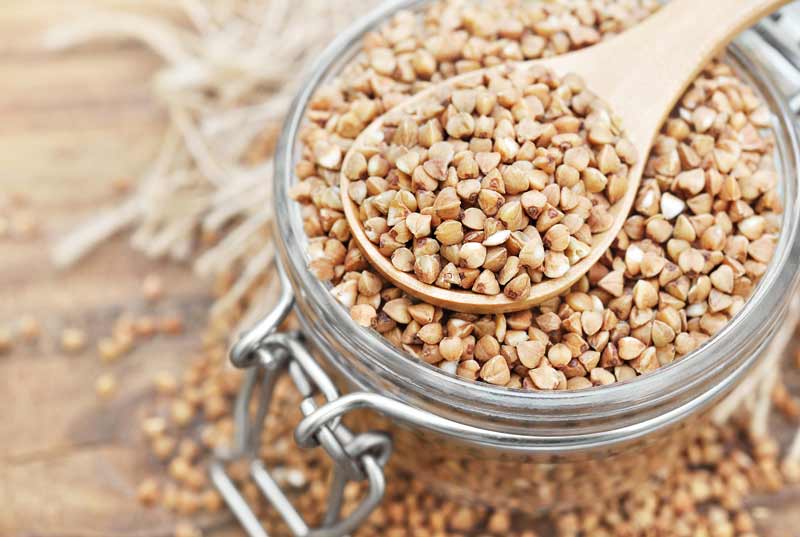 While buckwheat is thought to be a ‘grain' it's actually a fruit seed related to rhubarb and sorrel. Still, we do consider it a grain, and a gluten free one at that, which means it can be consumed by those with gluten and wheat sensitivities.

Buckwheat can be eaten as a whole grain. Buckwheat groats are the intact hulled seeds of buckwheat.

Flour can be made from its hulled seeds, leaves and flowers, which in turn can be used to make a variety of products like bread, pancakes, soba-noodles and gluten free pasta.

Buckwheat is a whole grain and it does contain high levels of some nutrients, including magnesium, the flavonoids rutin and quercetin, and lysine. Compared to other grains it is also high in protein and fiber.

BUT… as you will soon see in the following nutrition chart, buckwheat is incredibly high in carbs!!

Cooking the buckwheat whole as groats clearly is the best way to eat it should you choose to, as it drastically reduces the carbohydrate content. Likewise, the glycemic index of buckwheat is ~49, which is low glycemic index. Groats can be used as a substitute for rice, if you choose to eat it (keep reading).

When buckwheat is processed into flour those carb counts add up, just like other whole grain flour-based foods. Likewise when buckwheat  is processed to noodles, bread and pancake mix it changes the glycemic index score to 59, 67 and 102, respectively – medium and high glycemic index, which means blood sugar raises faster and higher.

Overall, because buckwheat is a higher carb food we generally do not encourage it in a low carb diet such as we recommend.

Yes it provides nutrients, but so do other foods that are more blood sugar-friendly.

While you can get fiber from whole grains, you can get more fiber from veggies, nuts and seeds, which are much better for blood sugar control. For example, one tablespoon of chia seeds contains more fiber (2 g) than 1/2 cup buckwheat (1.35 g).

You can obtain plenty of magnesium from other foods such as pumpkin seeds and leafy green vegetables.

So with all those carbs, this raises the question, is buckwheat really worth eating? Or does it lower blood sugar like people think? 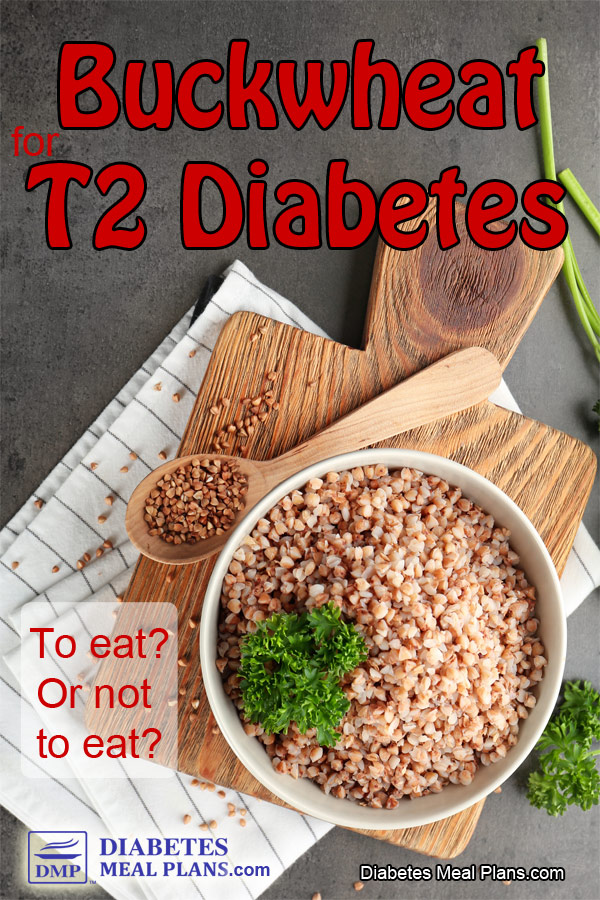 Research on Buckwheat for Diabetes

A study involving participants with type 2 diabetes found that those who replaced a daily staple food with buckwheat experienced a decrease in fasting insulin. However, there were no significant differences in blood glucose or A1c levels. And something interesting was that a greater level of insulin resistance was observed when people ate more than 110g per day of buckwheat, which would be slightly more than 1/2 cup cooked. This study was also not conducted over a length of time so it is difficult to say whether this increased insulin resistance may occur with lower amounts.

The consumption of pseudocereals (quinoa and buckwheat) for breakfast in another study found that a 67 g buckwheat (less than 1/2 cup) meal achieved lower glucose levels at 60, 120, 180, and 210 minutes after the meal compared to a reference white wheat bread meal. It’s important to emphasize here that this is in comparison to white bread, which of course we would expect – a whole grain is always going to produce a lower blood glucose response compared to a processed grain. However, that does not mean it lowers blood sugar levels.

When you look at the statistics more closely, the people with diabetes still had levels higher than normal 2-hours post-meal 174 mg/dL (9.7 mmol/L). Ideally we'd want to see them below 140 mg/dL (7.8 mmol/L).

A study involving those with diabetes found that buckwheat bread intake versus a white-wheat bread mixture resulted in lower 2-hour post meal glucose levels. Samples of foods were provided in 50 g carbohydrate servings. As we just pointed out above, this is compared to white bread, which we would expect. This does not prove buckwheat is good for blood sugar, it just suggests it is better than white bread – obviously.

Stringer and associates compared the use of buckwheat flour products to rice flour products on post meal levels of glucose, insulin and gut hormones. There were no changes in glucose or insulin levels, and there was no change in fasting glucose levels in those with or without diabetes when buckwheat was consumed for one week. However, the consumption of buckwheat did alter levels in gut hormones that help control satiety (feeling of fullness). This again would be expected as whole grains contain more fiber and nutrients compared to other grains.

Compared to eating wheat, buckwheat product consumption has been shown to improve levels of total cholesterol, LDL cholesterol, triglycerides, glucose and insulin in those considered to be prediabetic.

So overall, the conclusion from the research is that eating buckwheat shows little benefit in TREATING type 2 diabetes.

We have discussed the difference between prevention and treatment before. While a food is obviously better than other food choices and even shown to prevent diabetes, that doesn't mean it is a good food to treat diabetes if you already have it.

The American Diabetes Association state in their 2017 Standards of Medical Care in Diabetes, that:

“whole-grain consumption is not associated with improvements in glycemic control in type 2 diabetes.”

Or in other words, it doesn't help you lower blood sugar and A1c – that's what the research clearly shows in terms of type 2 diabetes treatment.

Buckwheat for Diabetes: What’s the verdict?

Research shows whole grain consumption is associated with lower risk of type two diabetes – meaning it may help prevent the development of type 2 diabetes. It may also be okay for those with prediabetes.

Yes, it is going to be a better choice of grain when compared to white pasta and rice and even whole wheat.

But we know that the prevention of diabetes and the treatment of diabetes is going to be different when talking about dietary recommendations.

For people with type 2 diabetes buckwheat may be a better selection if you choose a whole grain now and then. But remember, like other whole grain foods, buckwheat is not a food we generally encourage people to eat because of it's higher carb content.

Please share this info to help educate others – thanks! 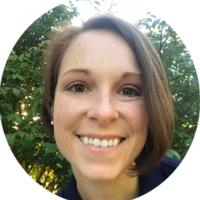 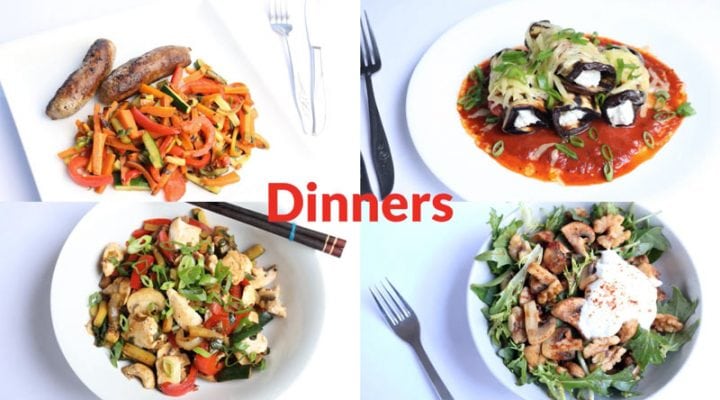 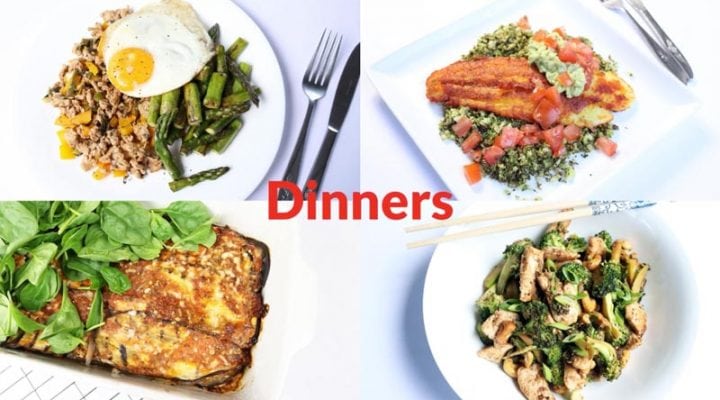