We often hear fish such as tuna is a healthy option, touted for its omega 3 fats, but you may be wondering is tuna good for diabetes? That's what we intend to answer here and provide nutrition facts, research and more.

Tuna is a saltwater fish familiar to many in the culinary world. There are over a dozen species of tuna fish; for starters, there are albacore tuna,  yellowfin tuna, bluefin tuna, big eye tuna, and skipjack tuna, just to name a few options.

Due to the diversity of the species itself, tuna’s use, appearance and flavor is also quite diverse. Tuna can be eaten from a can, prepared in a myriad of hot dishes, or left raw for sushi.

Tuna is a great source protein that is void of carbs. Like other types of fatty fish, tuna contains healthy omega 3 fats – a serving of bluefin tuna will nearly meet the adequate intake level of 1.1 to 1.6 grams per day.

This makes it an ideal selection for someone trying to limit their carb intake and control their blood sugar.

Additionally, tuna is a great source of many other nutrients.

A serving of tuna contains:

The following chart provides a breakdown of some of the different species of tuna – each species is pretty similar nutritionally.

How Does Tuna Compare to other Proteins?

Tuna, as well as red meat and poultry all contain approximately 7 grams of protein per ounce. In other words, a 3 oz portion of any of those proteins will provide your body will the same 21 grams of protein.

Likewise, all of those sources of protein contain no carbohydrate. The biggest difference between tuna and other protein sources is the fat profile.

Compared to non-marine proteins, tuna contains more omega 3 fats. This type of polyunsaturated fat is incredibly healthy and known for improving heart health. Other types of fatty fish that are high in omega 3 include salmon, mackerel, and sardines.

Tuna is also lower in saturated fat compared to some other types of protein. It’s important to note that saturated fat is often misunderstood. It’s not necessary to avoid all saturated fat, but by varying your protein sources you can ensure you’re getting the optimal nutrient profile from a varied diet.

Research on Tuna and Diabetes

Most health benefits of tuna can be linked to its omega 3 fat content.

A 2014 study demonstrated that omega 3 levels in the blood were lower in patients with type 2 diabetes as well as non-alcoholic fatty liver disease. That's why you'd do well to include fish in your diet on a regular basis.

In a study of over 300 patients with diabetes, increased levels of omega 3 fats in the blood were shown to improve insulin sensitivity.

Beyond blood sugar control, research demonstrates omega 3 intake may improve some of the many cardiac issues that people with diabetes face. For example, an increase in omega 3 intake was associated with improvements in vascular function and arterial stiffness, which can reduce your risk of a cardiac event.

The American Journal of Clinical Nutrition published a similar study, citing the protective benefits of omega 3 fats on vascular function.

A  study of over 5000 nurses found higher fatty fish intake to be associated with lower cardiovascular risk and mortality among women with type 2 diabetes.

Similar results were found when it came to fish intake and heart failure – those who ate the most fatty fish has the lowest risk for heart failure.

In adults with prediabetes, higher fish consumption has also been shown to improve LDL and total cholesterol levels. Optimal fish intake was between 18 g to 93 g per day.

As common sense may tell you, and science shows, baked or broiled tuna is better for your cardiac function, whereas fried fish may worsen cardiac markers and contribute to the development of heart disease.

Omega 3 fats are also thought to ameliorate some of the kidney and vision complications common to patients with diabetes.

Researchers have also found that patients with a higher omega 3 intake are less likely to develop diabetic retinopathy, and for those who may develop it, it is often less severe.

What About Mercury in Tuna?

There is often hype about mercury in our fish supply. Because tuna is a larger fish it’s possible for mercury to accumulate within the flesh of this fish.

High mercury levels have possibly been linked to loss of peripheral vision, “pins and needle” feelings, or lack of coordinated movements. Those at higher risk for mercury exposure include young children and pregnant women.

There is no set standard of how much is “too much.”

However, choosing the smaller species of tuna including skipjack and yellowfin tuna can help limit mercury exposure. Larger species such as albacore or bigeye tuna may contain higher mercury levels.

You may wish to limit tuna consumption to once or twice a week, and supplement with other fish varieties to meet the recommended three to five servings per week.

Tuna, like all fish, should only be purchased from a reputable supplier. Promptly store fresh tuna in your refrigerator and consume within two days for optimal freshness. Frozen fish can last several months in your freezer.

The color of your tuna depends on which variety you are purchasing, it can range from light pink to a deep red color. Tuna that looks dull, dry, or brown will most likely not be fresh. Fish should be free from strong fishy odors.

When it comes to canned tuna you can either purchase white tuna, which is strictly made from albacore tuna fish, or light tuna which is a mix of a variety of smaller tuna species. You can also purchase canned tuna that is specifically labelled skipjack and yellowfin.

Furthermore, you can purchase tuna that is either packed in water or packed in oil. Both options will pack the same amount of protein, however the one packed in oil will be a bit higher in calories. And keep in mind that often, they may not use quality oils like olive oil.

Conclusion: Is Tuna Good For Diabetes?

Yes. Tuna is another food option you can add to your list of recommended low carb foods!

As an added benefit the omega 3 fats offer a variety of health benefits. In order to reap these health benefits aim to consume fish at least three times per week.

Tuna is easy to prepare and can be enjoyed as an easy tuna salad lunch, baked in the oven or enjoyed fresh off the grill.

Just make sure to pair your tuna with some low carb veggies, nuts, seeds or dairy and you’ll be on your way to a lower A1c and blood sugar levels! 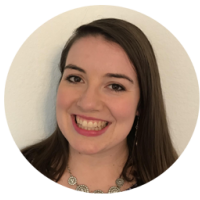